Austin Braimoh has asked Asiwaju Bola Tinubu to drop his candidacy for the presidency of Nigeria in the 2023 elections.

Braimoh said the former Lagos State governor should have grown up, leaving the Igbo people to run. 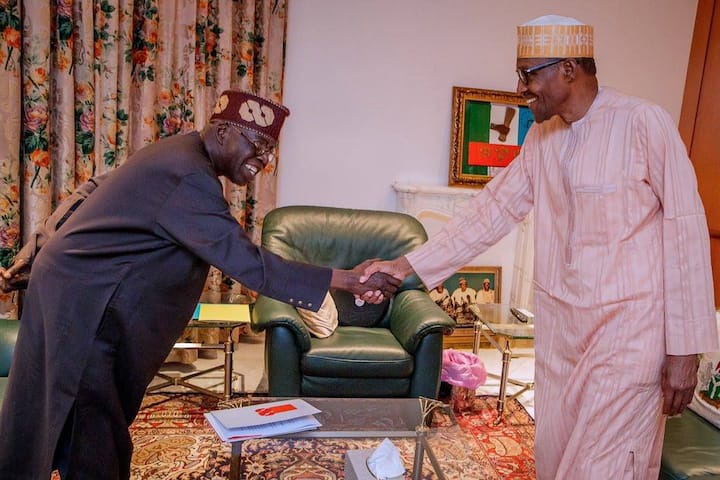 It is thought that the APC leader could run for the presidency in the next election.

The Daily Trust quotes Austin Braimoh as saying that Asiwaju Bola Tinubu should give up his dream of becoming Nigeria’s next president, giving Igbos a chance.

Speaking to reporters on Wednesday, December 8, 2021, Braimoh called on the major political parties to take their tickets to the Southeast.

Mr Austin Braimoh sees justice and peace as the way for political parties to hand over their presidential flags to an Igbo.

“The North as a whole is why one region can produce presidents in a row, and there will be no conflict, but there is no such thing in the South.”

“I urge the politicians who are advocating for the abolition of the dictatorship to be disregarded and ignored in their bid for office.” – Braimoh.

The newspaper quoted Braimoh as saying that those who hold this view are not fair, and there will be no peace in that.

“I call on our leader, our father, Bola Tinubu, I know he is patient, I know when the time comes, he will come out and say he has withdrawn his candidacy and supported Ibo.” – Braimoh.

Read more: “I am no more interfering in with bandits”- Gumi

This was done during Obasanjo’s time

Explaining, Braimoh said that in 1998, the major parties agreed to allow the Arab to become president because of what happened to MKO Abiola in 1992.

Mr Braimoh said it was time for Igbos to stay in power, saying any attempt to prevent Southerners from becoming president was unfair.

Kano State Governor Abdullahi Ganduje , speaking on the APC internal crisis , said he did not find politics on the streets, advising them to be patient with each other. Ganduje said he had been in politics for more than 40 years and had studied at the university.

“I have stopped interfering in bandits affairs”-Sheikh Gumi

A man arrested with 2,863 ATM cards has been charged to court in Lagos

Nwakali, Olayinka to start out – How Nigeria might line up v Guinea-Bissau