Femi Gbajabiamila, Speaker of the House of Representatives congratulates President Buhari on his 79th birthday. 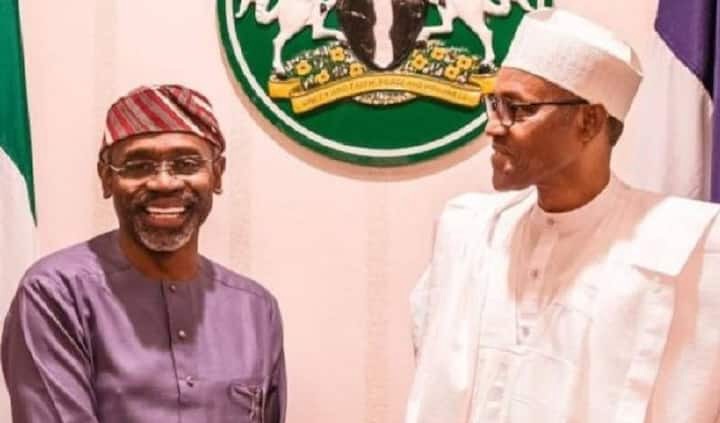 Gbajabiamila, in a statement issued by his assistant Lanre Lasisi said Nigerians are proud of President Muhammadu Buhari.

The speaker said citizens were proud of the way President Buhari had led the country since his first election in 2015.

The Speaker of the House of Representatives of the Federation of Nigeria, Femi Gbajabiamila, on Thursday said Nigerians are proud of President Muhammadu Buhari, the Tribune reported.

He said they were proud of the way the president had managed the country since his first election in 2015.

In a press statement issued by Lanre Lasisi congratulating the President on his 79th birthday, the Speaker said Buhari had done good things for Nigerians.

Gbajabiamila said on his birthday, Nigerians should honour a man like Buhari who puts the country first in everything he does, reports The Nation.

“The President, Nigeria and Nigerians are proud of you. It is commendable that you have run the affairs of Nigeria.

“So, I join the millions of patriots to congratulate you on your birthday and wish you good health and many more years.”

Some northern leaders wanted to prevent the APC from giving Buhari running ticket in 2015, Bisi Akande

In a separate statement, Bisi Akande, the former caretaker leader of the All Progressives Congress (APC) said some northern leaders had demanded that the party not field President Muhammadu Buhari as its candidate in 2015, The Cable reported.

In his autobiography, My Participation, Akande said there were some well-known traditional leaders who wanted to prevent Buhari from being fielded as a candidate to avoid causing problems for the north.

The author adds that former president Olusegun Obasanjo has asked APC leaders not to dare to field Buhari as a candidate.