The chairman of the Peoples Democratic Party (PDP), Aminu Tambuwal, has said that Nigeria will not be able to withstand another four years under APC. 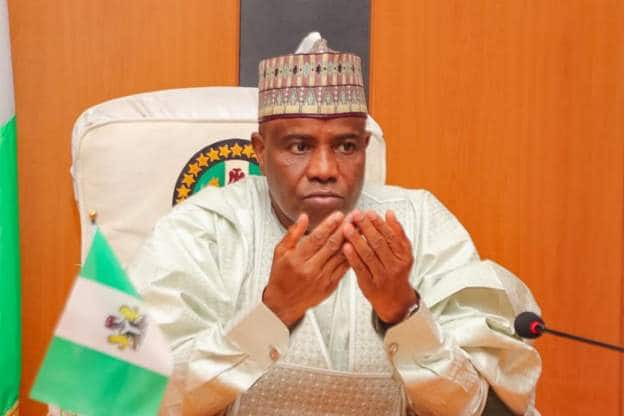 Tambuwal said the government of President Muhammadu Buhari had failed in every aspect of the country.

The governor of Sokoto State, also said that the country must embrace reforms to survive.

Peoples Democratic Party (PDP) governors say Nigeria will not be able to withstand another four years under the All Progressives Congress (APC), Daily Trust reports.

The chairman of the Peoples Democratic Party (PDP) and Sokoto State Governor Aminu Tambuwal announced on Tuesday, November 23, at the opening of a two-day party convention.

The theme of the conference was “It is time to save and rebuild Nigeria.”

According to Vanguard, Tambuwal also said that Nigeria must embrace reform in order to survive.

“It has to change the political, economic, security and administrative framework.

She had to embrace independence and change the constitution.

This will inspire our people, especially the youth. It is time to let Nigeria grow. This can only be achieved by working together.

“Can Nigeria withstand another four years of APC rule? The answer is no. The PDP is the only alternative to the APC and we cannot fail Nigerians.

We must make sure that their dreams come true. We can do that. Yes, we can, as Obama says.”

Tambuwal said the PDP must plan for a coup in 2023 as the government of President Muhammadu Buhari has failed to bring the country to the level expected by Nigerians in the last six years.

“There is no time for Nigeria to be saved and rebuilt. Nigeria needs urgent action. Nigeria is in a state of emergency”.

“We all know what problems are. They are caused by people so they can be solved. It needs focus, perseverance, wisdom and mature hearts for the future. Yes, it needs leadership, vision and discipline.

“It simply came to our notice then. Nigerian unity faces challenges. Life in Nigeria has been difficult and short-lived as insecurity has engulfed the country. ”

He said the ruling APC had failed to take control of the country’s resources, adding:

“Between 35 and 40 per cent of Nigerians are unemployed and it mainly affects women and youth.”

“Gunmen, kidnappers, terrorists. Our children did not survive in their schools. There is still a lot of corruption in the country. ”

Tambuwal reveals who Nigerians want to be President in 2023

On the other hand, His Excellency the Governor of Sokoto State appealed to the people to abstain from elections that would take some parts of the country like war profits.

According to The Cable, Rt. Horn. Aminu Waziri Tambuwal made the remarks at a court hearing in the Federal Capital Territory, Abuja.

His Excellency Aminu Waziri Tambuwal said that when the 2023 elections come, the people should elect a president who can bring peace and stability.