It is rumored that IPOB President Nnamdi Kanu will be arraigned in court again today.

If confirmed, Nnamdi Kanu, a former escapee who was previously granted bail, will be granted bail again. 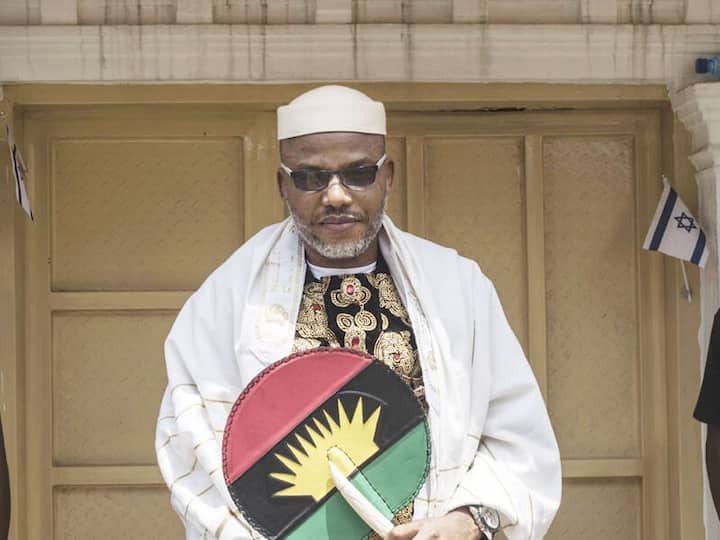 The court has already ruled that Kanu will be tried again in January 2022.

Mazi Nnamdi Kanu has been granted bail today, according to PM News .

This was disclosed by a Nigerian government lawyer , as reported by Sahara Reporters on Wednesday.

It is unknown at this time what he will do after leaving the post. However, Kanu’s attorney-general could not confirm the allegations.

When PM News contacted Nnamadi Kanu’s lawyer, Barrister Ifeanyi Ejiofor, he could not be reached for comment. But Aloy Ejimakor esq says there is a session to be held today.

Barrister Aloy Ejimakor is also one of Kanu’s defendants in his case with the Nigerian government at the Federal High Court in Abuja.

On November 12, 2021, the last court hearing was held with the chairman of the IPOB, where his lawyers protested, and the case was adjourned until 2022.

Igbo elders have since moved in and out of the country to see President Muhammadu Buhari order the withdrawal of the case.

President Muhammadu Buhari says the appeal is heavy on him, but he will look into it.

However, the law does not allow the president to interfere in the affairs of the judiciary.

Sahara Reporters reports that a special session will be held in court on Thursday, where Kanu will be released for the first time since his return home.

If he is granted bail today, it will not be the first time the court has released him in 2017, but he has escaped.

I have not committed any crime – Kanu

Days were heard arrested Nnamdi Kanu before the Federal High Court in Abuja over the other seven accused the federal government to interrogate them.

Defending himself in court, Judge Mazi Kanu denied the allegations. He is charged with treason and terrorism.

Gabigol, who is he? The ‘new Neymar’ has been linked with a January move to Arsenal