A DSS official said Sunday Igboho was being brought into the country to face trial.

Sunday Igboho was previously arrested in Benin while trying to cross into Europe.

Sunday Igboho is accused of treason and attempting to undermine Nigeria’s peace and unity.

Igboho has reportedly fled to Cotonou, Benin Republic, after a raid on his home in Ibadan by DSS agents. 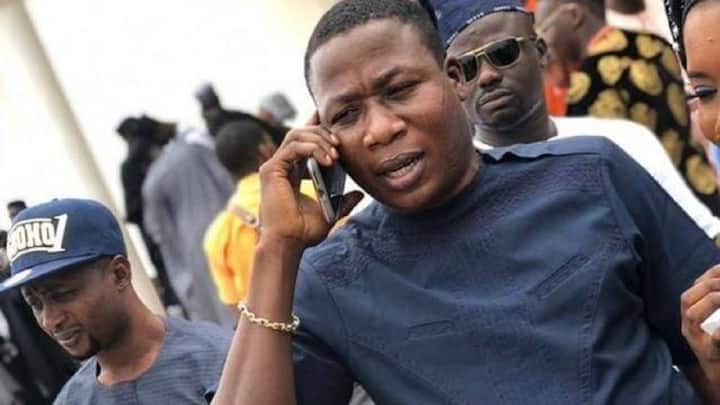 His lawyer, Chief Yomi Aliyu, SAN, filed the DSS case on behalf of Igboho in the Ibadan High Court.

The court then ordered the DSS to pay Igboho N20 billion in damages as compensation, according to TheCable.

However, in a series of documents signed by DSS officer Johnson Oluwole, presented before the Ibadan High Court on Monday, November 22, 2021, the DSS stated that he was still being held to bring him back to Nigeria.

A section of the paper states: “

“It’s true, the Nigerian Police Force has declared Chief Sunday Igboho as its target and in some cases in June 2021”.

“It is a well-known fact that he was arrested on July 19, 2021, and is currently being held by Benin security forces trying to extradite him to Nigeria”.

“It is true that the security forces are investigating allegations of treason against national unity”.

The letter also said that Igboho should be investigated and dismissed until the Nigerian government has finalized it.

The court session ended at about 11.20 pm on Monday after about 13 hours.

A source from the court told The Cable that Igboho will not be released. “The issue of repatriating the accused to face trial is politically motivated.

2023: Saraki visits a northern state in a bid to oust Buhari

Natural Remedies for the cure of Ulcer