“If not for Buhari, Nigeria security situation would be worse” – Lai Mohammed

The Minister of Information, Alhaji Lai Mohammed, has said that without President Buhari, Nigeria’s security situation would have been worse. 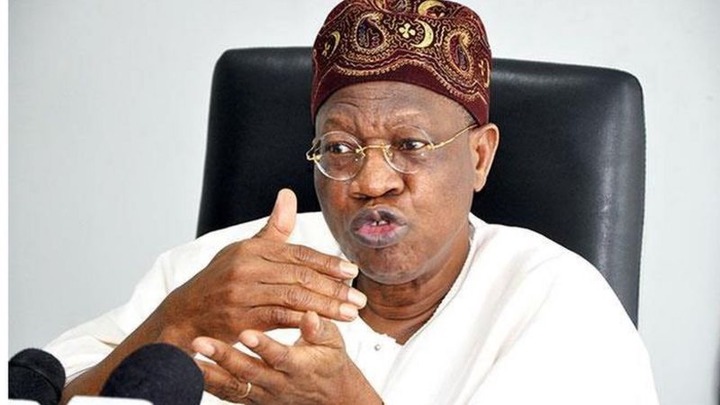 At a press conference in Abuja, Lai Mohammed said Buhari had made security a top priority for his administration.

He said tackling security was one of the three priorities of the APC government.

“No government in Nigeria has recently provided the security forces with the basic necessities like President Buhari,” the minister said.

The minister was responding to those who see security as deteriorating under Buhari’s APC government.

Lai Mohammed said “commenting and politicizing the current national security situation where some express concern and others turn the issue to politics.”

The minister though said the current security situation remains a major challenge, and some are concerned but there are those who say they want to take advantage of the opportunity for their own interests.

“Looking at what is happening now, without thinking about how the problem will get worse, it is not for President Buhari to take action on the security situation and the problem is worse.”

According to Lai Mohammed, it was not for Buhari that Boko Haram declared the Islamic State in Nigeria. collecting taxes before the Nigerian army disperses them.

However, the minister acknowledged that Nigeria’s security situation has been exacerbated by the ongoing spate of kidnappings by gunmen.

But he emphasized that “President Buhari has made a concerted effort in the face of economic crisis to address national security challenges and will continue to do so to protect the lives of Nigerians.”

“For those who say Buhari has failed it is not true, it is just politics.

“With the increase in the number of security personnel, the president has set them up to tackle the security crisis not only during his tenure but also after his resignation,” the minister said.