Bernard Musyoki met his girlfriend Jan Spicer on Facebook in 2017 and they fell in love.

On December 29, 2020, the woman decided to go to Africa to meet her lovers Bernard.

Musyoki said that when he told his mother he would marry her, he was asked if she would give birth. 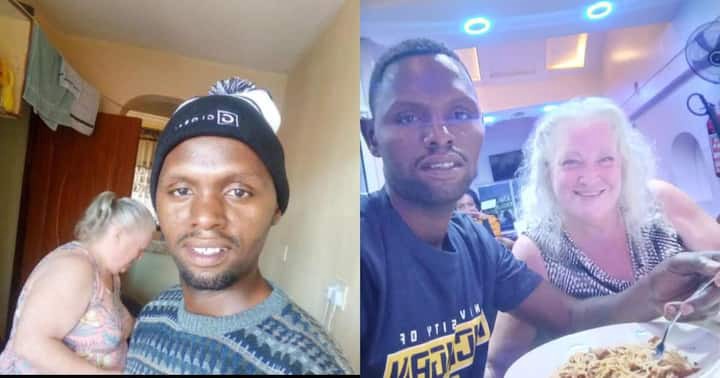 Read More: A man has been arrested with 2865 ATM Cards has been charged to court in Lagos

Bernard Musyoki, who married a 70-year-old American woman, says people are criticizing him and accusing him of just wanting to go to the United States.

In an interview with TUKO.co.ke, he stated that he just loves it and the dowry is cheaper.

Musyoki, a native of Kitui State in Kenya, told TUKO.co.ke that he met Deborah on Facebook in 2017.

“I wanted to start a relationship. A week later, I told her to marry me and she agreed.”

He said they did not stop talking to each other until the end of December 2020, when the woman decided to go to Kenya to meet him.

“We slept in different rooms and we promised not to have sex until we were married.”

“The word of the dowry says I should just take N409.89 to the church as charity and tell me that is the dowry.”

“Poverty is a tragedy. This is the end of the world. God willing.”