“I have stopped interfering in bandits affairs”-Sheikh Gumi

An Islamic cleric in Kaduna said he had made the decision following the designation of the militants as terrorists. 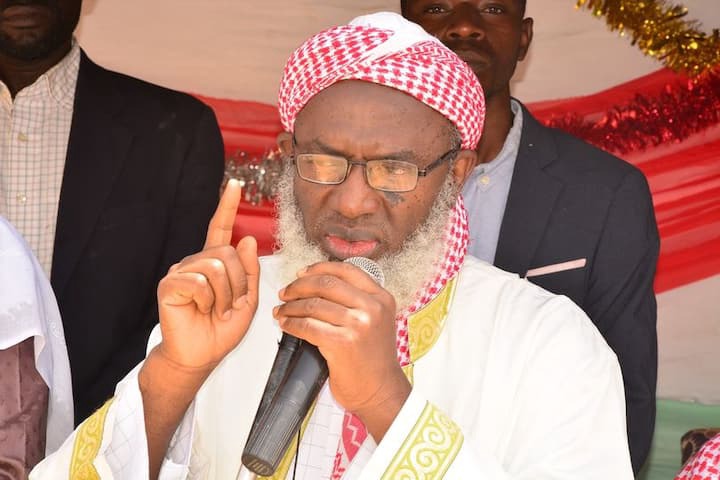 With this declaration, Sheikh Gumi said it was dangerous to continue to unite the militants who have plagued the North.

Renowned Islamic scholar Sheikh Ahmad Gumi says he has stopped participating in peace talks with the militants following a court declaration of terrorism.

Premium Times reported that Gumi made the remarks in an exclusive interview in Kaduna on Wednesday, December 8.

Before the Federal High Court in Abuja declared the militants terrorists, Gumi visited them in the forests of Zamfara and Niger States.

At times, the teacher claims that the militants should be treated with compassion, as they also have children, according to SaharaReporters.

He also called on the federal government to pardon them as much as it has pardoned the Niger Delta militants.

It would be dangerous for me to continue to intervene with the militants, Gumi said

Defining the gunmen as terrorists, Gumi said it would be dangerous for him to continue to join the militants.

He said: “Since the federal government has declared them terrorists, I have nothing to do with them.

“I do not want to put myself in harm’s way and to focus on what is not necessary.

“I have tried my best to bind the community on the best and most appropriate path to follow, but it seems my advice has followed suit.”

Sheikh Gumi said he would be a “spectator in the crisis”.

However, he said he may reconsider his views in the future when the political situation changes for the better.

Gunmen only commit terrorism, they are not terrorists, Gumi said

Later, a prominent Islamic scholar, Sheikh Ahmad Gumi, said the militants were committing terrorism but they were not terrorists.

Gumi made the remarks in an interview with the Daily Trust.

He said calls for the government to declare militants terrorists were nothing but injustice and prejudice.