FFK Speaks after the EFCC arrested him on forged documents

Former Minister of Aviation Femi Fani-Kayode says he was not arrested by the Economic and Financial Crimes Commission (EFCC). 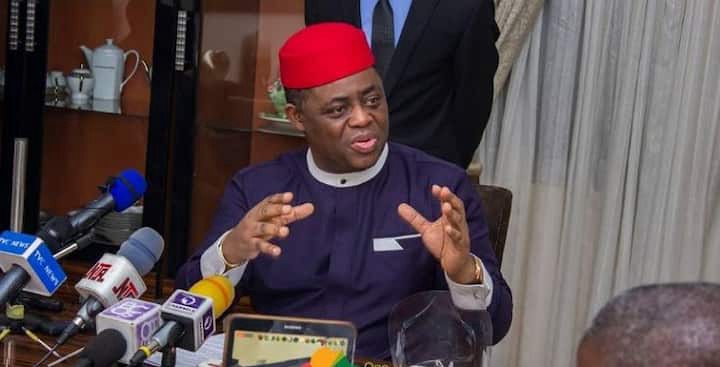 Fani-Kayode said he accepted the EFCC’s invitation and left the commission’s Lagos office around 8:30 pm on Tuesday, November 23.

The former minister, who said EFCC officials were polite and professional, said his bail was granted because of his understanding.

Femi Fani-Kayode, a former aviation minister, has denied being arrested by the EFCC.

Fani-Kayode was reportedly arrested and taken to the EFCC Lagos office on charges of fraud and forgery.

The paper also reported that in the past the former minister was arrested after he was out of the opposition party PDP in September.

However, on his Facebook page, Fani-Kayode said the EFCC had only invited him and not arrested him.

“I arrived at George Hotel for dinner. The EFCC never arrested me. I was invited. I went to Lagos to meet them. I arrived at their office at 2:00 pm and left at 8:30 pm. overnight. My bail was granted because of my knowledge. They were polite and professional. Praise be to God. “ 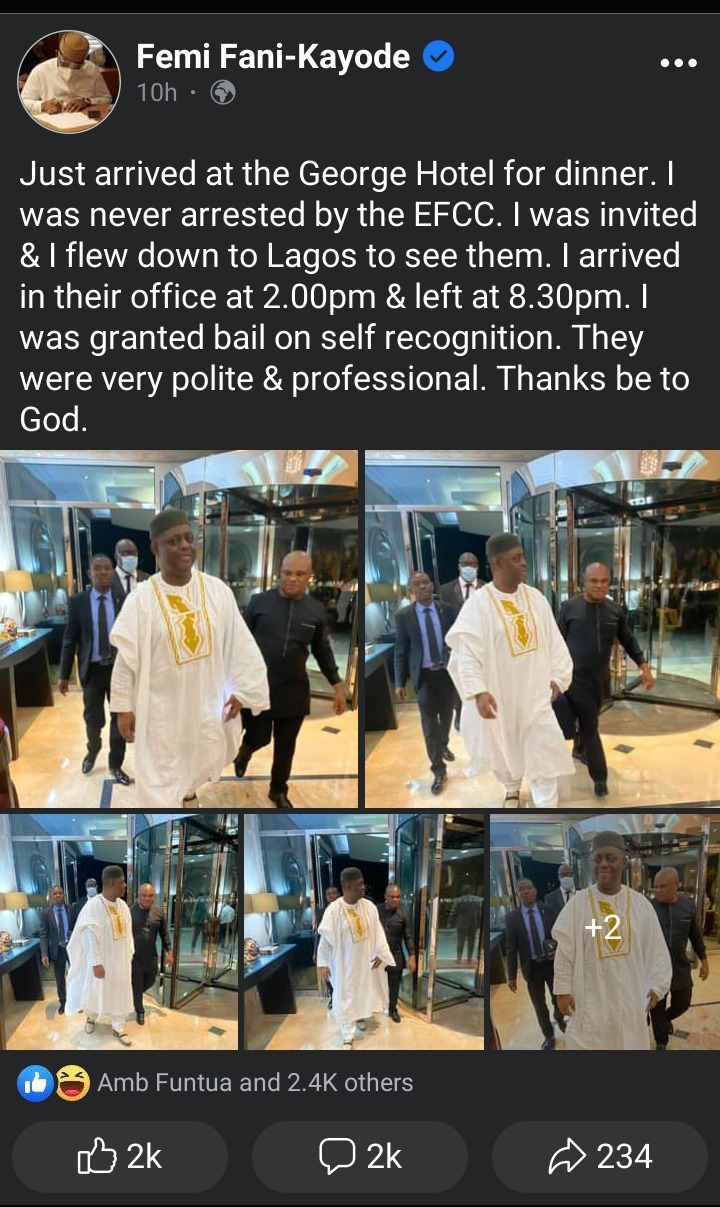 You have previously heard that the former Minister of Aviation, Femi Fani-Kayode, has been arrested by the Lagos State Anti-Corruption Commission (EFCC).

Punch reports that the former minister is under investigation by the commission for alleged use of forged documents and fraud.