The Kaduna governor has appealed to Nigerians, especially the people of the Kaduna, not to dare to vote for the PDP in 2023. 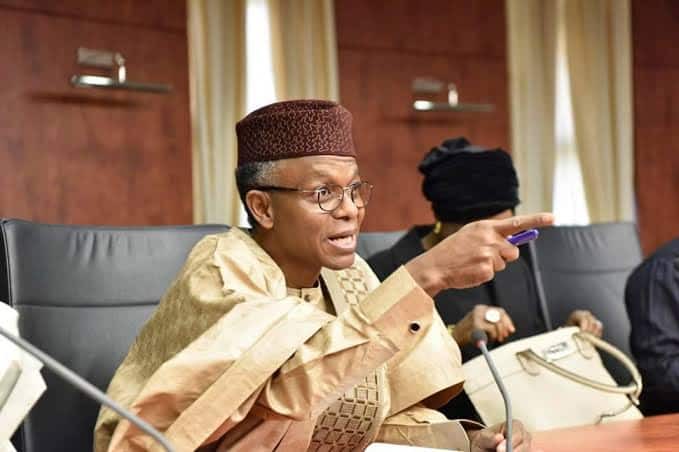 But the statement did not go down well with Nigerians, with some already criticizing the governor.

Governor El-Rufai of Kaduna State has come under fire after urging Nigerians not to vote for the Peoples Democratic Party (PDP) in the upcoming 2023 general elections.

Vanguard says El-Rufai claims that if Nigerians make a mistake of voting PDP in election, it will turn the clock back.

The governor, who made the remarks in his home state of Kaduna, also accused two former PDP senators of undermining the development of Kaduna State.

The governor, who made the remarks in his home state of Kaduna, also accused two former PDP senators of undermining the development of Kaduna State.

The governor therefore appealed to the people of Kaduna State to stay away from the PDP so that it does not come back, “bringing back the problems of yesterday .”

Responding to the statement, Abia North PDP vice-president Chief Amah Abraham accused the governor of trying to be honest.

Mr Abraham said the APC had pushed Nigeria back for 50 years from where the PDP left the country in 2015 when it lost the election.

He expressed surprise that instead of apologizing to Nigerians for the country’s economic devastation, APC leaders were still blaming the PDP.

In response he said:

“El-Rufai should leave it to Nigerians to decide between the APC and the PDP. In 2015 when the APC came to power N89 liter was being sold, but now N165 liters are being sold.”

“Before 2015 Nigeria was the second fastest growing economy but today Nigeria under the APC is the second poorest country in the world, a shame.”

Everything is expensive under the APC

The PDP leader also added that everything is more expensive under the APC government than the PDP handed over power to it in 2015.

“How many households can use a gas cooker? Bloodshed is common in Nigeria.”

“Here are all the signs that Nigeria has collapsed under the APC. In six years the APC has turned Nigeria upside down for 50 years.”