In a time when it seems everyone is looking for a come up or their fifteen minutes of fame, celebrities have to be on the lookout for potential users and clout chasers. From the looks of it Drake isn’t letting anyone get over on him! The internet is buzzing over a somewhat bizarre and unconfirmed rumor about the canadian rapper. Allegedly, Drake, 35, had sex with an Instagram model he met over the social media platform at a hotel a few weeks ago and things got a little spicy.

Reports say they used protection and that after they were finished, he discarded the used condom into the trash. It appears the model may have had ulterior motives. Reportedly, she proceeded to fish the condom out of the garbage, untie it and attempt to insert the contents into her lady parts; presumably to impregnate herself and potentially extort the musician for child support money.

However, she was in for a rude awakening when she discovered something else was inside of the used condom. Drake reportedly admitted that he put a packet of hot sauce into the used condom to kill the sperm. The alleged sauce was hot, and the model apparently said it felt like she had poured “hot lava into her p**sy.” The rumours began surfacing on the gossip Instagram account @TooMuchHotTea, and includes a candid play-by-play description of what allegedly took place. Read the alleged details in the image below:

Sources also say that the Instagram model is now threatening to sue the “Certified Lover Boy” rapper for the hot sauce incident. While these reports have not been confirmed, Twitter is eating this rumor up and fans are quickly adding their two cents and commentary on the alleged incident. See reactions below: 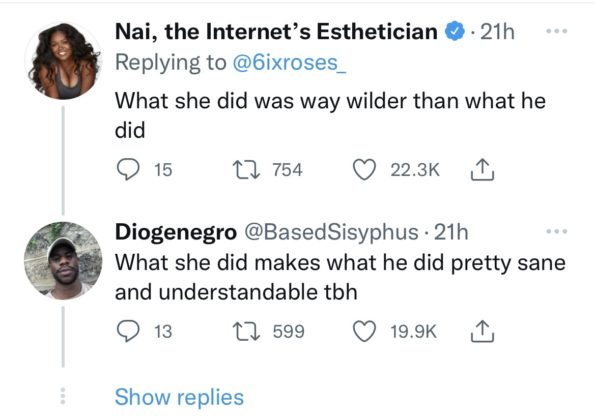 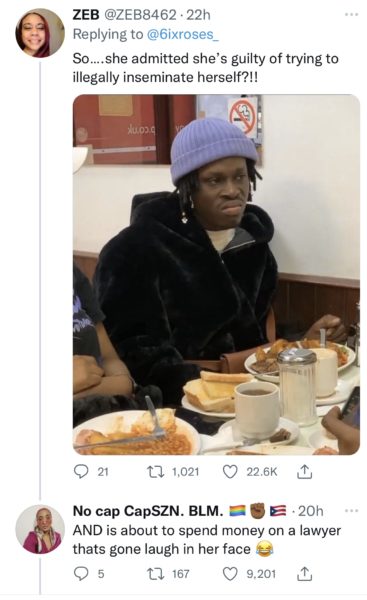 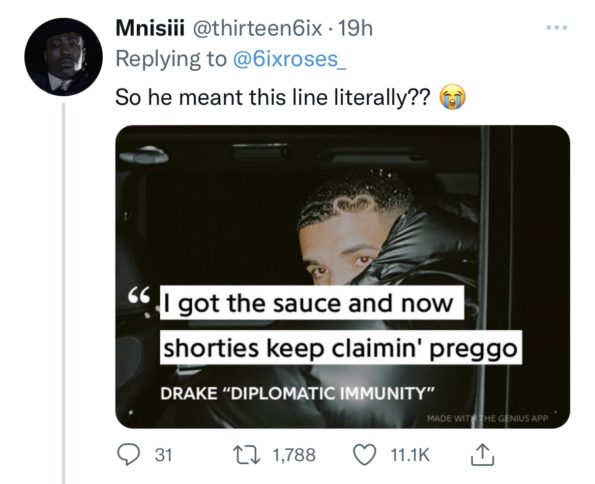 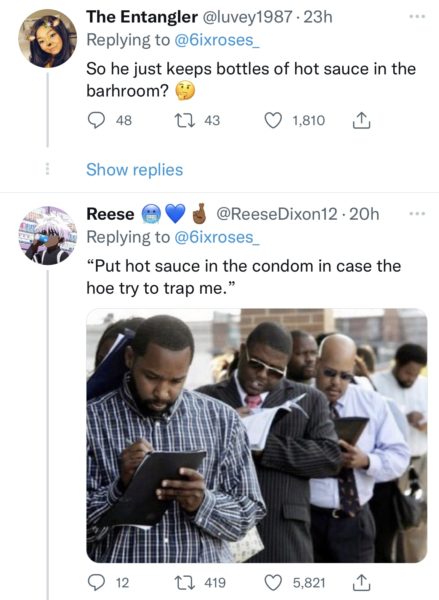 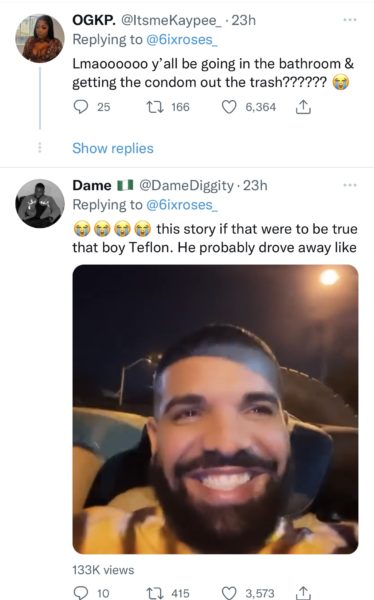 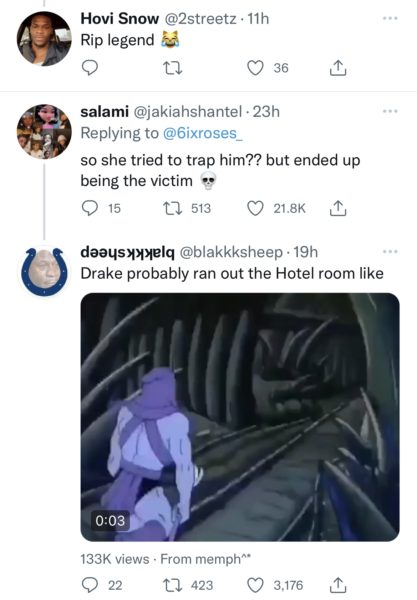 Drake has yet to comment on this alleged rumor.