A senior Christian cleric has described one of the causes of the security crisis in Nigeria.

Onaiyekan explained that many of the children who became militants were Almajirai who were abandoned by their parents. 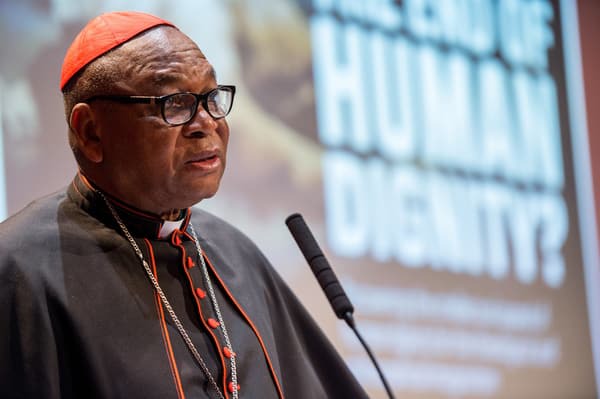 Former President of the Catholic Church in Abuja, Cardinal John Onaiyekan, on Saturday said that Almajirism is fueling the security crisis in Northern Nigeria.

Onaiyekan said children who were forgotten by their parents in the past became Boko Haram terrorists.

Punch reported that Cardinal John Onaiyekan made the announcement in Abuja during the launch of a film on the plight of underprivileged children.

According to him: “We have a big problem right now in the North of Almajiran. These are children especially those who have been neglected by their parents. We know many of them have become Boko Haram members.”

“Ten years ago, these terrorists were children, but today they are unemployed young people, so they are ready to do anything.”

“Today we are struggling, and that is why things are getting worse.”

Sultan: Almajiranci and Street begging are Not Islamic

The Sultan of Sokoto, Muhammad Sa’ad Abubakar , has called for the use of Islamic and modern religious education to end almajirism in northern Nigeria.

According to The Nation, he was speaking at the conclusion of a two-day conference on ways to improve Almajirism in Sokoto State.

Abubakar said the kingdom and others must work together for development that would end poverty in Sokoto State and northern Nigeria as a whole.

Sultan of sokoto said in a speech that he and many others had been educated as disciples but that they had done so in search of religious and Arabic knowledge and not last year.

Have enjoyed this article? Then follow us on Facebook Here and visit our home page Here for interesting contents.