2023: Saraki visits a northern state in a bid to oust Buhari 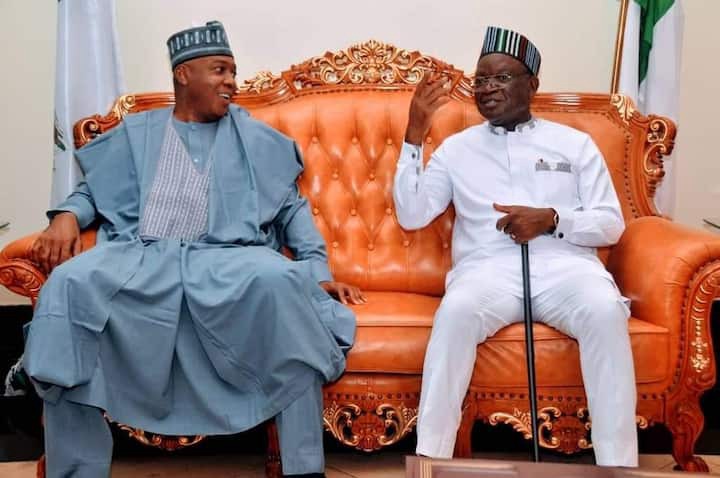 Saraki is in Benue to consult and announce his intention to run for president in 2023.

The former governor of Kwara State was accompanied by PDP dignitaries.

Saraki, who held a private meeting with Ortom and met with the PDP Stakeholders Committee in the state to inform them of his intention to start consultations on his bid for the presidency, the Daily Trust reported.

He said the shift of the All Progressives Congress (APC) loyalists to the PDP across the country was a sign that the party could be empty before the next general election.

He added that the North Central region had relinquished its rights by working hard to see the unity of the country as a one-stop-shop. “This time, we have to stand behind ourselves and start training from home.”

The former governor of Kwara State, who was accompanied by PDP members, thanked the Benue state governor for standing by the region.

In Vanguard, Ortom lauded Saraki for being one of the few Nigerians who has made significant contributions to the advancement of democracy.

For his part, the state PDP chairman, Sir John Ngbede, who was represented by his deputy, Isaac Mfo, said the party was in good shape as he assured the presidential candidate of his support for the presidency.